EVERY STORY HAS SOME FORM OF PATTERNS. Patterns lie in books, films, and movies. Human likes connecting the dots, making meaning, making sense of patterns that forms a coherent whole. The three-act st...
T
E

Patterns lie in books, films, and movies. Human likes connecting the dots, making meaning, making sense of patterns that forms a coherent whole. The three-act structure is a famous guideline for screenwriters to use in their writing for feature films. If this sound too complicated, or you are getting a headache, just remember every story has a beginning, middle, and an end. Today we are not discussing the 3 ACT pattern. Our focus lies in the vision of Joseph Campbell’s The Hero with a thousand faces. The pattern is later refined and simplified by Christopher Vogler’s The Hero’s Journey. Let’s look at The Matrix.

The matrix structure of the hero’s journey is unparalleled. The writer must have been reading the Hero’s Journey like how a Christian reads their bible. If you have not watched the matrix, please do yourself a favor and climb out of the well. What is this? 1950s? Have you not watched this classic cinematic piece? I am kidding, please catch it as soon as you can. This science-fiction will blow your mind like how a shotgun would. In summary, Neo is a computer hacker discover that he was living in a program created by a malevolent cyber-intelligence which makes human birth artificial. Thus, his journey to freeing humanity revolves him leveraging on technology and faith of himself to battle his darkest enemies.

STAGES OF THE HERO’S JOURNEY

Most of the time the Hero is shown to be uncomfortable and uncertain, but most importantly sympathetic to the audiences.This is the hero’s current life situation, environment, and personal history. The film starts with Neo a computer programmer that works in a huge multi-national corporation. He believes there is something wrong with the world, and he consistently encounters the words,”The Matrix” online. 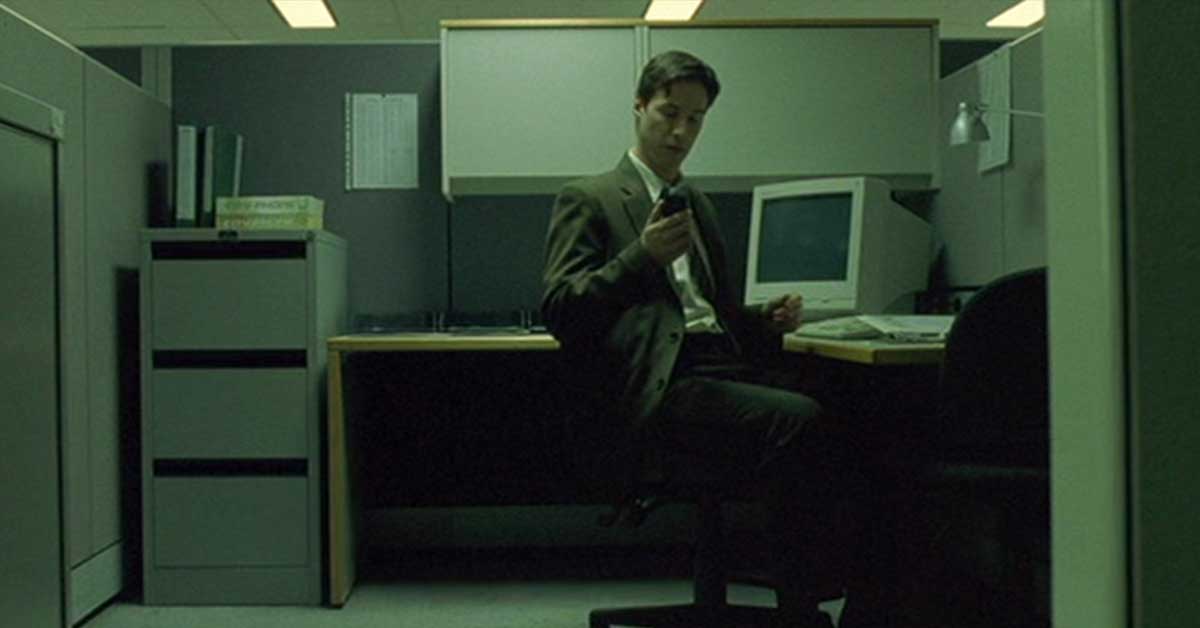 THE CALL TO ADVENTURE:

Something changes in the Hero’s situation, a messenger is sent to encourage the hero on a journey or adventure that he needs to partake. A message on his computer prompts Neo to follow the white rabbit. He meets Trinity in a night club, who claims to know something about, “The Matrix”. Trinity also explains that Morpheus is the answer.

REFUSAL OF THE CALL:

As a result, of the fear of unknown or change, the hero avoids the invitation to embark on the adventure. At work, Neo receives a creepy phone call from Morpheus that explains “The Agents” are in the building to hunt him down. Upon realization, Morpheus offer Neo the opportunity to escape or be arrested. The escape requires Neo to overcome his fear of height. He refuses because of fear.

MEETING WITH THE MENTOR:

The Hero chance upon an experienced person who trains, and guides him on this journey. Neo meets Morpheus who serves as his mentor.

After agreeing, the Hero is now fully committed to leave the ordinary world and start the adventure. Morpheus offers Neo the blue pill and the red pill. The blue pill allows Neo to return to his old life while the latter reveals the truth of “The Matrix” Neo chose the red. 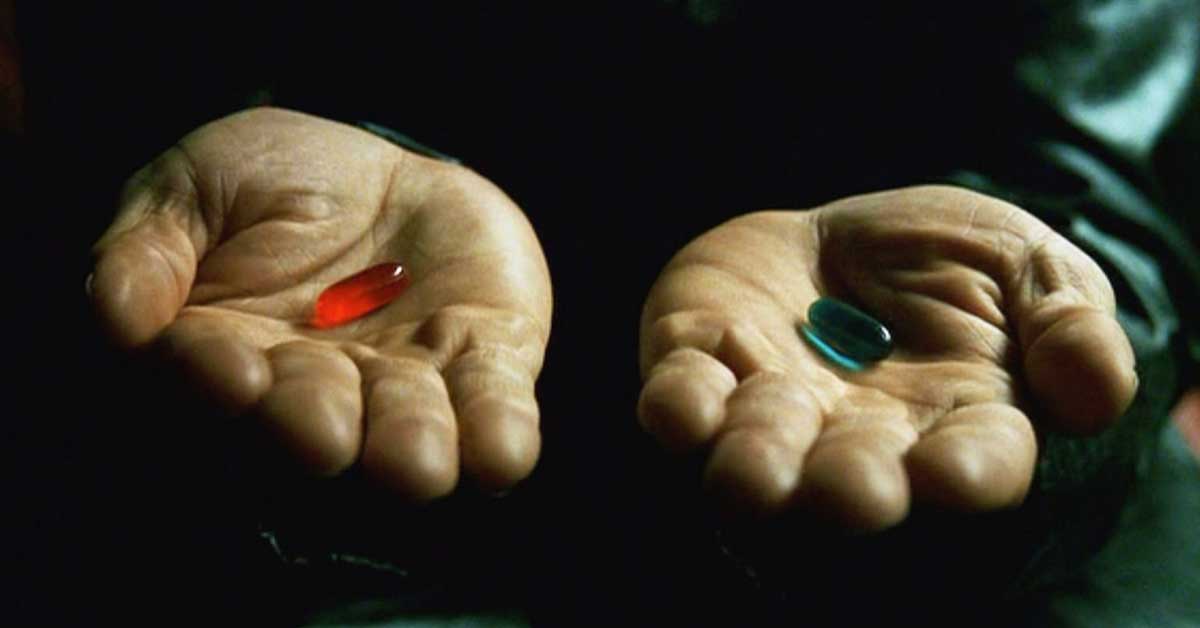 The hero learns different skills, form alliances, and discovers his enemies. These tests are essential in shaping the hero’s character for the final mission. Neo meets new allies in “The Matrix”, one of his ally, Trinity, eventually becomes his love interest. One of the enemies is actually a betrayer of Morpheus. This caused Morpheus to be captured.

The hero and his new allies prepare for one of the important challenges in the New World. Neo and Trinity are tested when they have to rescue Morpheus from, ” The Agents”. Gunfights and Kungfu actions are seen. The slow-mo effects are awesome.

While tackling the crucial challenges, the hero must face death for the first time to test his capabilities. Neo and Trinity rescued Morpheus with a helicopter. Morpheus tries to board the helicopter but he could only hold on to Neo who is suspended with a rope that is connected to the helicopter. They dangle in the mid air while Neo holds tightly to Morpheus wrist. Who won’t be afraid of this? 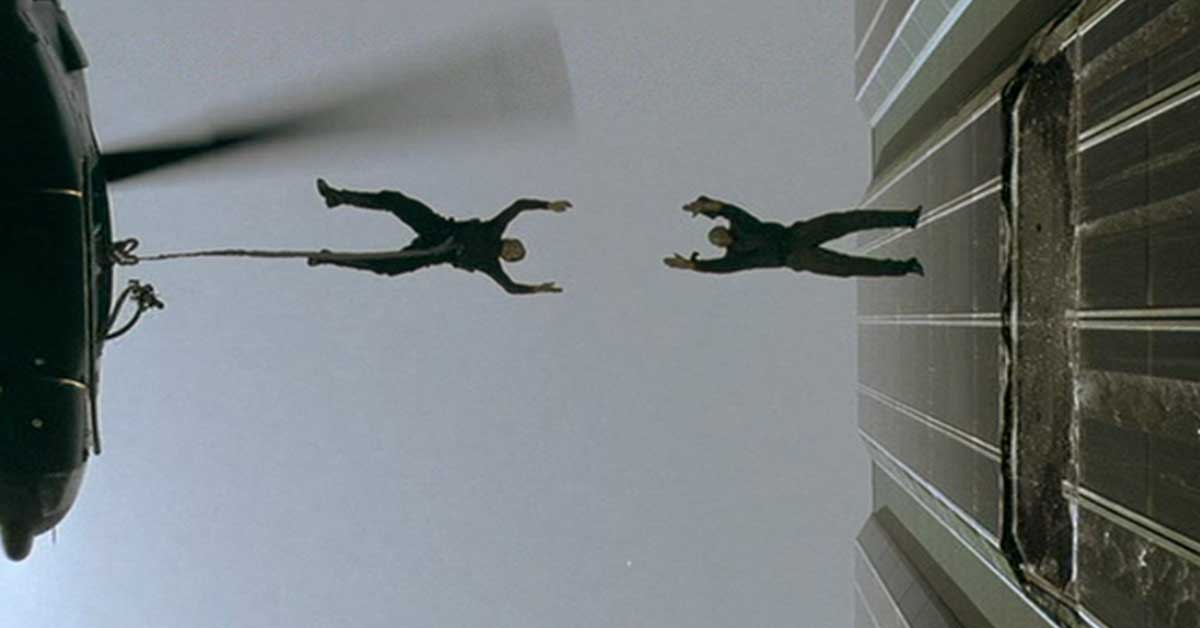 The hero earns his reward by surviving death. However, there is a possibility that the hero might lose the reward again. The helicopter is being shot, and it crashes. Morpheus managed to land on one of the building first. Followed by Neo, and Trinity almost loses her life. Neo manages to hold on to Trinity by the rope that suspended him in mid-air. He pulls her up. They eye contact. It feels like love at first sight when they staring intimately at each other. 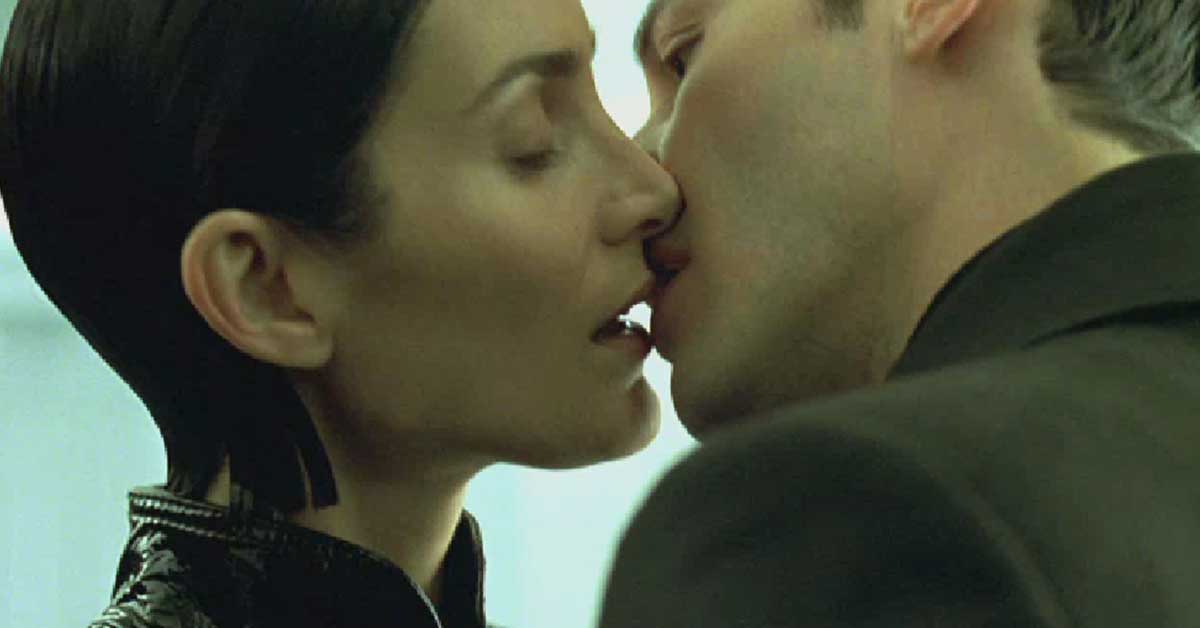 At this point of the story, the hero is motivated to finish the adventure. He rushes back to the “portal” that transits back to the ordinary world. Most of the time there is a chase scene. Morpheus and Trinity managed to exit the matrix, however, Neo’s departure is stopped by “The Agents”. Neo tried to fight but to no avail. He received a bullet in his chest and faced death a second time. Poor dude.

A hero must die before a hero is born. This is the final death before the hero is resurrected. This is a final sacrifice he must make before he is purified and metaphorically sanctified. Trinity confesses her love and kisses Neo in the other world. Neo is resurrected in “The Matrix”. With newfound abilities, Neo is able to stop bullets and destroy “The Agents” effortlessly.

RETURN WITH THE ELIXIR:

The hero completes the adventure and returns home or stays. Obviously, he is a changed person while he brings back his newfound knowledge to transform both the ordinary and the special world. He becomes a master of both. The elixir that Neo brought back is within himself because he is “The One”. “The One” has the ability to free mankind from the machines that once controlled humans. The battle between the cyber intelligence and human is over. Furthermore, Neo is able to fly.